The 2021 Skoda Enyaq will be the first fully electric car built as an electric model from the Czech company. It is part of an electric mobility strategy and will be introduced before the end of 2020. 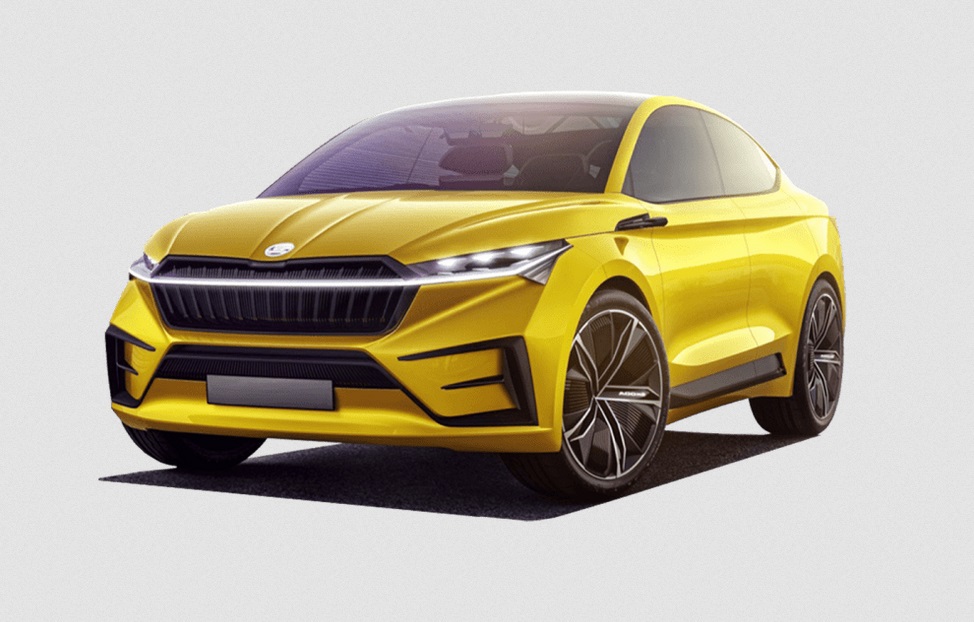 Making use of the Volkswagen Group’s modular electric propulsion platform, known as the MEB, Skoda is showing us a preview of what will become a historic car for them, the Enyaq iV. It will be the first Czech brand on the platform and, at the same time, its first pure electric SUV and the first from the sub-brand Skoda iV, which by the end of 2022 will add 10 electric models to the family.

The new electric 2021 Skoda Enyaq will be the second model of its kind to join the Czech Republic-based manufacturer’s lineup, after the small Skoda Citigo swaps the thermal powertrain for an electric one in 2019. This new model, which will have an SUV-type body, will be based on the platform. Volkswagen Group MEB for 100% electric vehicles.

As for the size of the 2021 Skoda Enyaq, this electric SUV measures 4,648 mm long, 1,877 mm wide and 1,618 mm high, with a wheelbase of 2,765 mm. While it hasn’t been revealed yet, the Enyaq has been seen as a prototype in disguise, which gives us some clues as to what its style will look like once it was revealed later this year.

On the front, we hope to find a faired grille, aerodynamic bumper and headlights that should resemble those that complement the company’s latest launches, the new Skoda Superb and Skoda Octavia. The hood will feature some forward tilt, wheel arches, sills and bumpers may not include the typical SUV armor due to the model’s more urban approach, while the mirrors will be mounted above the door.

From the side, we’ll see a straight line that extends the body, with the print on the underside of the door. Whereas from behind we can see the small spoiler that continues the roofline, the longitudinal bars that run through it. The front rear lights will be LED and possibly tapered.

The first Skoda model based on the Volkswagen Group’s modular electric propulsion platform will be built at its main plant in Mladá Boleslav, Czech Republic, and will be given the official name Enyaq iV.

This is the available 2021 Skoda Enyaq exterior color options, check the colours list below:

Although we already know some details from the exterior, the interior remains a mystery. Based on the company’s latest launch and the characteristics of the electric cars currently on the market, it’s likely we’ll find a roomy cabin for five passengers, with a central 13-inch touchscreen for the multimedia system. and a digital instrument panel with information relevant to the electric propulsion system, as well as a Head-Up Display.

The new 2021 Skoda Enyaq will also feature the famous Skoda Smart Enough solution, so it will be equipped with plenty of storage space and solutions that make everyday life with the car easier, such as an umbrella, hook in the trunk, cargo net, flashlight, or a folding ball crane, among others.

As for the trunk, it will have a volumetric capacity of 585 liters, and can be added by folding the second row seats. It will also be made from sustainable materials such as olive skin, which will be used for the first time in a series car.

On a mechanical level, as you may already know, this is a fully electric SUV, so it will be offered with two powertrains, three different battery sizes and five power variants already confirmed by Skoda. The base model is the Enyaq iV 50, with a 55 kWh lithium-ion battery and a 109 kW (146 hp) front engine with a total autonomy range of 340 kilometers, according to data from the WLTP homologation cycle.

The fourth version in Skoda’s electric SUV lineup will be the Enyaq iV 80X, equipped with a second electric motor which, when combined, will produce 195 kW (261 hp) of power. In turn, the top-of-the-range version, also with two engines and under the name Enyaq iV vRS, will have 225 kW (301 hp) and will go from 0 to 100 km / h in 6.2 seconds. Both versions will be powered by an 82 kWh battery, will have all-wheel drive and will have a range of 460 kilometers. They will be able to pull loads up to 1,200 kg.

These autonomy figures are possible, in part, thanks to the drag coefficient of 0.27, but also because of the short recharge time. The new 2021 Skoda Enyaq SUV will be able to charge its battery in three different ways. In addition to the conventional 230 volt household plug with an AC output of 2.3 kW, the vehicle can also be charged at home overnight using a wall case up to 11 kW, with an estimated time of between 6 and 8 hours, depending on battery size. It is also possible to perform fast battery charging which allows it to go from 10% to 80% of the level in just 40 minutes.

The Skoda Enyaq will have a starting price of around £ 40,000. The Skoda electric car will be officially announced on September 1, 2020.

When is the 2021 Skoda Enyaq Release Date?

Production will start in late 2020, while the first units will be delivered in early 2021.

Disclaimer: Colors is only an estimate, there is no official color we have received. If we find out, we will update this article shortly. Thank you for visiting.