The new 2021 Peugeot 508 PSE is the sportiest version of the French sedan. Its engine is a plug-in hybrid and develops 360 horsepower, a figure somewhat lower than that of the prototype from which it comes, a vehicle for which it also has a more restrained aesthetic. Its gearbox is automatic and traction, total. 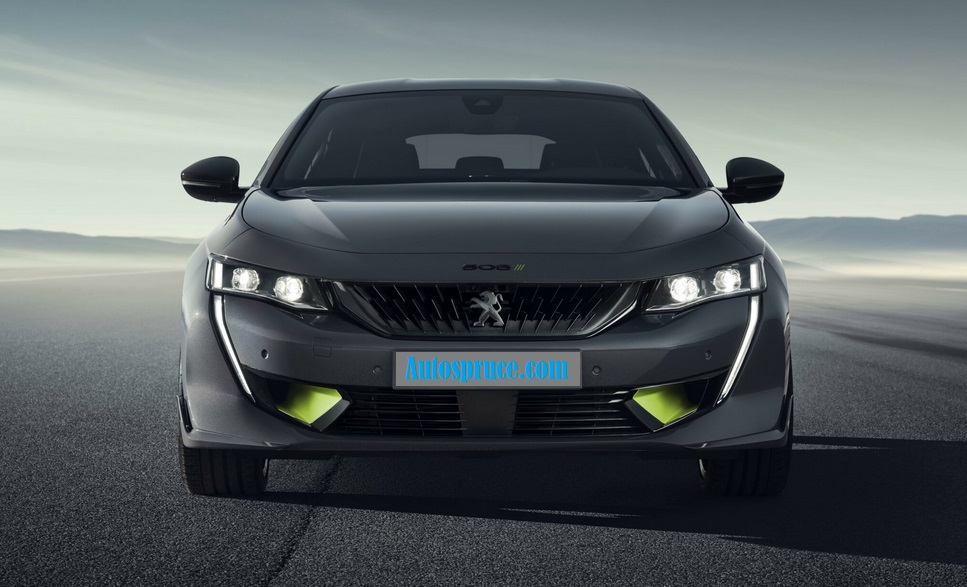 The 2021 Peugeot 508 PSE is the first model of a new family of performance vehicles from the brand of the lion. The acronym PSE, which stands for Peugeot Sport Engineered, is intended to be what M Performance to BMW or AMG to Mercedes-Benz. This particular model derives from the Peugeot 508 Sport Engineered Concept. Due to its design, it can be considered a direct rivale of the Skoda Octavia RS iV.

The new 2021 Peugeot 508 PSE offers a somewhat more restrained appearance than the prototype from which it came. However, it equips a series of specific elements that are not seen in the rest of the sedan versions. These include a specific grill and skirts, as well as an air diffuser at the rear. For its part, the front brake calipers are painted in yellow.

The wheels are made of alloy and with a size of 20 inches. In principle, the body can be painted in three different colors, which are Pearl White, Selenium Gray and Nera Black. This vehicle is also available with a family body.

The 2021 Peugeot 508 PSE follows the line shown by the other versions of the model, although it incorporates certain new features that make the sporty nature of the proposal very clear. The i-Cockpit is part of the game, and next to it is a digital dashboard and head-up display.

The screen of the multimedia system is located in the center of the dashboard, just below the air vents, and is 10 inches in size. The driver’s seat is heated and has a massage function. The materials chosen for the upholstery are Alcantara and Mistral Nappa leather. In any case, the color combination is the same, since it mixes Tramontane Gray and fluorescent yellow Kryptonite.

The 2021 Peugeot 508 PSE incorporates the latest generation of driving aids from the lion brand. Among them are some such as automatic emergency braking, adaptive cruise control with Stop & Go function, warning of involuntary lane departure or Night Vision, which is an infrared-based device that allows people or animals to be detected up to 250 meters away. away even in low visibility conditions. Also included is a high-flying audio system signed by Focal.

The 2021 Peugeot 508 PSE maintains the plug-in hybrid configuration of the prototype from which it came. However, the total power of the set is less than in this one. The ‘concept’ delivered 400 horses, while the series model stays at 360. The maximum torque is 520 Nm. With this engine, the 2021 508 PSE becomes the most powerful Peugeot production model ever.

The thermal base of this engine is a 1.6 PureTech gasoline with 200 horses, to which are added two electric motors, one located in the front and the other in the rear. In this way, the 2021 Peugeot 508 PSE is an all-wheel drive model. The gearbox is an eight-speed automatic.

In terms of performance, the 2021 Peugeot 508 PSE completes the acceleration from 0 to 100 km/h in just over 5.2 seconds. Its maximum speed is 250 km/h. The average approved consumption is 2 liters per 100 kilometers, while its emissions remain at 46 grams of CO2 per kilometer traveled, all according to the WLTP homologation protocol.

The battery that powers the electric motors has a capacity of 11.5 kilowatt hours. It is responsible for ensuring an electrical autonomy of 42 km. Recharging the battery requires just under two hours with a 7 kilowatt wallbox and less than seven hours when plugged into a conventional outlet.

The car offers five different driving modes. The first one is the Electric mode, which is the one that allows you to circulate without emitting a single gram of CO2. It is available up to a speed of 140 km/h. The so-called Comfort causes a more relaxed ride by softening the suspension. Hybrid mode plays with combustion and electric engines for maximum efficiency.

Next up is Sport mode, which acts on the feel of the throttle, steering and suspension to deliver the sportiest handling possible. Finally there is the 4WD mode, which forces the vehicle to offer all-wheel drive to maximize traction on surfaces that do not benefit it. The standard tires are Michelin Pilot Sport 4S and the front brake discs are 380 millimeters.