One of the most popular Hyundai models worldwide is gearing up for a generational change. Currently, the new 2021 Hyundai Tucson is in the final stages of development, and the camouflaged test prototype covered more than one million kilometers during road tests. However, it is already possible to remove the veil of secrecy from the crossover, which will premiere in the coming months. 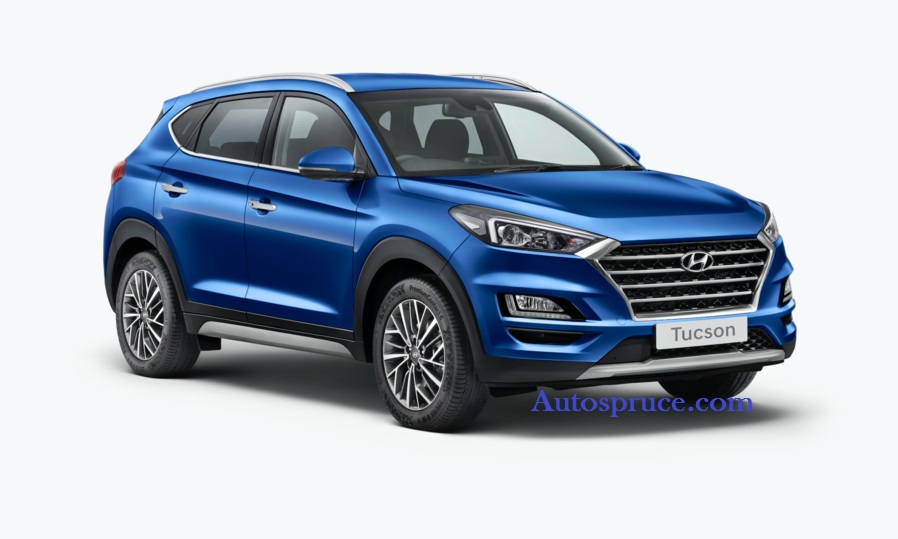 Perhaps the main invention of the future 2021 Hyundai Tucson is its revolutionary design – Hyundai representatives have repeatedly said that the crossover will be “very interesting”. But most importantly, chief designer Sang Yup Lee said that the appearance of the Tucson 2021 would be stunning and even a little “shock”.

Hyundai provided a clue about the new 2021 Hyundai Tucson late last year when it unveiled the Vision T concept at the Los Angeles Motor Show. The experimental car’s exterior was built according to the new design philosophy of Sensuous Sportiness (“Emotional sportiness”).

We are familiar with this stylistic direction, for example from the eighth generation Sonata sedan. As for the Vision T, its main feature is the so-called “hidden optics” – a radiator grille that is illuminated by the LEDs visually combined with the head optics. By the way, Hyundai is already using this solution on production cars, so the new Tucson will most likely be one of them.

This is the available 2021 Hyundai Tucson exterior color options, check the colors list below:

The interior of the 2021 Hyundai Tucson is promised to be much more luxurious than the current generation crossover. Cheap plastics will be replaced with more eco-friendly materials, and for interior decoration with a top-end configuration, several leather trim options with contrast stitching will be available, as in the older model.

Inside, there will be a fully digital 12.3-inch dashboard, a large built-in multimedia display and a wireless charging station for mobile gadgets. Judging from the spy photos, in general, the interior of the future 2021 Hyundai Tucson will be made in the style of Palisade’s flagship – in particular, the same multifunctional steering wheel, and the traditional gear selector will be replaced with a block with a button.

It is possible to download an application with a digital lock into a smartphone, which makes it possible to remotely open the car, start the engine and even park the car in the narrow space outside the passenger compartment.

The list of available equipment will include adaptive cruise control, lane maintenance and automatic emergency braking. The crossover dashboard will be able to display the image from the external camera when the direction indicator is turned on – to control the “blind” zone when changing lanes. We can assure ourselves of the usefulness of this feature in a test drive of the new Kia K900 sedan.

The 2021 Hyundai Tucson will borrow from the current 150-horsepower aspirated two-liter base model, a 1.6-liter “turbo four” petrol with a capacity of about 180 liters, and in some markets, the crossover will be offered with the same diesel engine at the same volume. same.

However, the engine lineup will include a new 2.5-liter four-cylinder unit from the Theta III family, available in naturally aspirated and supercharged versions. The motors will work together with an eight-speed automatic transmission. In addition, for the first time, the crossover will be modified with a full-fledged hybrid power plant based on a two-liter petrol engine.

Lastly, the 2021 Hyundai Tucson will have a “loaded” version developed by specialists from the sports division N Performance. 340 hp engine from. will allow the crossover to accelerate from zero to “hundreds” in less than 6 seconds, and its maximum speed is 250 km per hour. True, it is not yet known which unit will be used in the “hot” Tucson, because currently N Performance uses “fours” with a capacity of up to 275 horsepower.

How much is the price for a 2021 Hyundai Tucson?

When is the 2021 Hyundai Tucson Release Date?