Mazda cars with 2.5 SkyActiv G engine “This engine is installed on the Mazda CX-5, Mazda 6 and Mazda 3” are very popular with buyers because of their excellent performance and affordable prices. The current generation of these cars is very technological, stylish and dynamic, equipped with a powerful engine and very reliable. 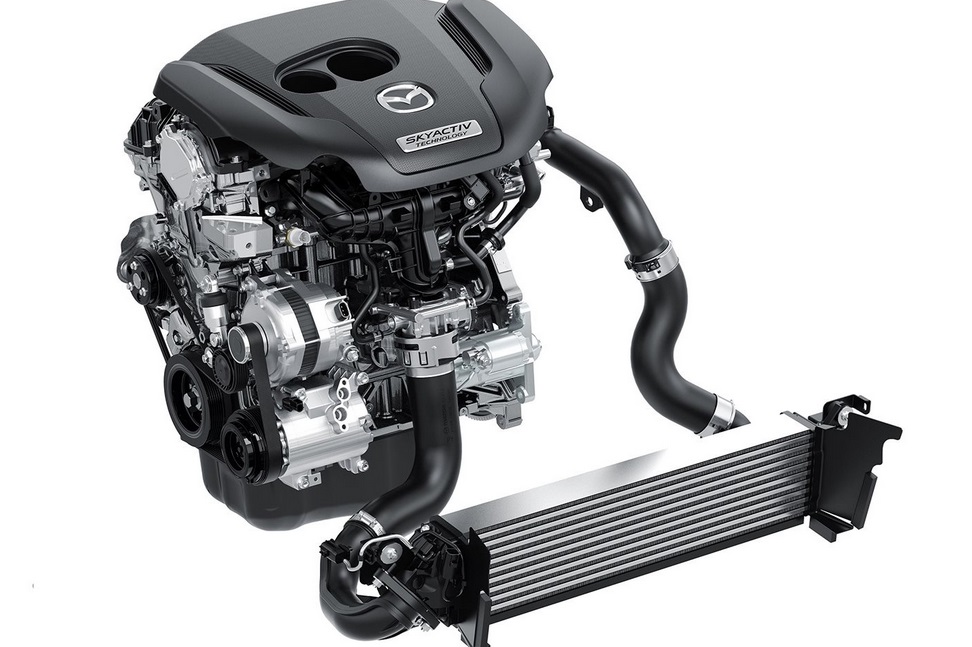 Modern Mazda engines are small in volume, but thanks to the use of modern technology, they provide excellent power and excellent efficiency characteristics. This is a modern high-tech 2.5 liter engine that appeared in the proposal of the Japanese automaker in 2011. In fact, it is one of the first representatives of a new generation of Skyactiv engines.

These power units replaced the 4 and 6 cylinder engines with volumes of 2.3 and 2.5 liters. While most car makers today are increasing the power of their engines by installing turbines, which always leads to a decrease in engine reliability, Mazda has taken a different path. Engineers at this Japanese car manufacturer have maximized the compression ratio of the fuel in their engines. The 2.5 liter unit has a compression ratio of 14 units. This is one of the atmospheric engine record figures.

This modification of the power unit is distinguished by the presence of a hydraulic lift, a variable valve timing system mounted on both shafts at once, innovative injection and an original piston shape. All this makes it possible to significantly improve the performance of the engine, reduce its vibration, while ensuring the maximum power of the power unit and excellent efficiency.

From the characteristic features of this engine, we can note its operation at 95 petrol, which distinguishes it well against the background of many modern power units that require the use of exclusively high-octane fuel.

The four-cylinder, 16 valve engine is made of aluminum and has excellent heat resistance. Thanks to the use of modern technology with a volume of 2.5 liters, 192 horsepower is obtained from this naturally aspirated engine. With this power, the engine shows excellent efficiency.

The most basic change has to do with increasing the compression ratio, in 2.5 Skyactiv-G the value is “14” that’s a lot! Because in ordinary gasoline engines only “10, maximum 12 units” (for comparison, in MZR2.0 “10”).

What does such a high compression ratio provide? Yes, everything is simple temperature and pressure rise in the cylinder (at the end of the compression stroke), due to which Efficiency, power increases, fuel consumption decreases.

As confirmed by the manufacturer this engine has 15% more torque, and is also 30% more efficient than the old unit.

However, with enormous compression (for gasoline), there are big negative moments. It is an explosive ignition of the fuel mixture, in which the rings, as well as the entire piston group as a whole, suffer.

First, it changes the shape of the piston itself it resembles a trapezoid (protrudes upwards, often a normal piston is just flat), but in the center there is a small indentation. It is made to form a uniform ignition mixture near the spark plug, with uniform ignition of the piston occurring, which reduces explosion.

The manufacturer recommends 2.5 Skyactiv doing such work every 15,000 kilometers. However, in reality, to ensure proper lubrication and cooling of the power unit and when operating the car especially in the city, it is best to change the oil every 7,500 kilometers.

From service work, we also noted the need to open the engine with a rotation of 75,000 kilometers. With such a run the first problems with timing can be noted. It is chained and, according to the automaker, maintenance free.

However, after 75,000-100,000 kilometers of running and operating the car in difficult conditions, 2.5 Skyactiv problems with chains can be noted, which are stretched and require adjustment or replacement. That is why it is still not advisable to neglect servicing and refurbishing cars on a 100,000 kilometer run.