The 2.3 DISI Turbo engine called the L3-VDT was a very powerful petrol engine that Japan needed at the start of the new millennium. The engine with a capacity of 2,261 cm3, 4 cylinders is arranged with quite a lot of modern accessories. 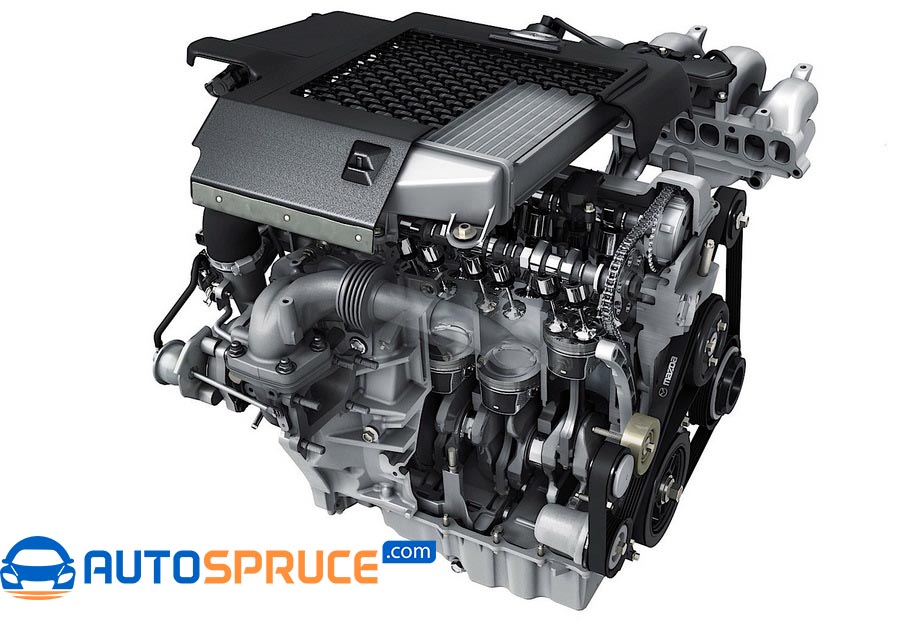 Initially, the turbocharger was part of the design of the 2.3 DISI Turbo L3-VDT engine. Engineers also equip gasoline with DISI technology. And it stands for Direct Injection, Spark Ignition, which is direct injection and spark ignition.

The design developed in this way offers 260 horsepower. The power needed by Japanese Brands, and this is provided by the 2.3 DISI Turbo engine. However, the top petrol engines are not without drawbacks. And every buyer should know about them.

Mazda’s 2.3 DISI Turbo engine has 380 Nm of torque. Importantly, it’s available from 3,000 rpm. – pretty low. There are some interesting facts about the L3-VDT engine. The first is that computer engineers limit power to 230 horsepower at the first bigas. What for? In addition, the Mazda 6 MPS and Mazda CX-7 use four drives, and a Mazda 3 MPS mechanical front axle lip model to avoid the effects of steering wheel jerk during dynamic acceleration.

A weaker variant of Mazda’s 2.3 DISI Turbo engine has also appeared on the market. The 244hp version of the L3-VDT is used only in the automatic transmission version – so as not to overload the gearbox. What is the result of lowering power? It wasn’t just electronic interference. Engineers also use smaller turbochargers, which act even faster than bigger ones. The additional effect is a decrease in the torque value. Here it is 350 Nm.

Mazda’s 2.3 DISI Turbo L3-VDT engine had serious problems when it left the Japanese brand’s showroom. And this one is about fuel! In an urban cycle, the CX-seven requires up to 15 liters to cover every hundred kilometers. This is a terrible result. Can you be surprised by this engine? Not completely. One of them is that the car has high power, and the two we are talking about are a rather heavy SUV – weighing almost 1,800 kg. Combustion of 2.3 T engines rarely goes below 10 liters. And what’s worse, in his case, LPG installation is only half the size.

The problem of gas supply is that Japan equips the engine with direct injection gasoline. This means that the installation can cost $ 1,900- $ 2,500. The numbers are so high that investing in cheaper fuel is only profitable if the driver drives a lot. Otherwise, the LPG system on Mazda’s 2.3 DISI Turbo engine would not have had the opportunity to produce sufficient fuel economy that car owners would pay for installation.

The second problem concerns power. Drivers who opt for the Mazda 3 MPS or CX-7 will probably experience quite a disappointment after testing the car on a dynamometer. It often turns out that factory power at the 260hp level is just a dream. Why? This is due to the operation of several factors, the main of which is, for example, wrong lighting or composition of the mixture. Lack of power is accompanied by a jolt during acceleration. The luck in the adversity is that the manufacturer quickly gets over the correct controller programming.

Factory error, unfortunately, Mazda 2.3 DISI Turbo L3-VDT is not on the engine failure list. And the first mistake is in the chain of time. Although such elements are intended for the life of the power engine, sometimes they do not last more than 100,000 kilometers – very often CX-7 owners write about it on internet forums. The problem with replacement is so great that spare sets are very expensive. You’ll need to pay from $ 350 to $ 890 for a new set of timing gear.

Labyrinth users with the 2.3 DISI Turbo engine emphasize that the L3-VDT engine problems don’t end there. Another problem concerns, for example, the variable valve timing wheel. If the mechanism runs out, you’ll have to buy new parts – and they cost around $ 185. Turbocharger damage is also popular – $ 270 regeneration fee and premature clutch wear case. A clutch loaded with high torque, and a set of parts including double mass wheels will be sold by auto stores for nearly $ 815.

Mazda 2.3 DISI Turbo L3-VDT engine is technologically advanced and gives the driver a lot of fun thanks to its high power. This engine however, was far from ideal.

Even though cars powered by Japanese engines became considerably cheaper, the same was not true for some components. And every driver targeting the Mazda 3 MPS, Mazda 6 MPS orMazda CX-7 should keep this in mind.