After many mistakes from the 1.9 dCi engine, the company immediately decided to build a new (M9R) 2.0 dCi diesel engine which this time was refined. The famous diesel engine from Renault is the underdeveloped and extremely problematic 1.9 dCi engine that was installed on, among others, the Renault Laguna II and the Renault Megane II. Turbochargers that wear out quickly and a number of other ailments have effectively destroyed the reputation of the French car brand. 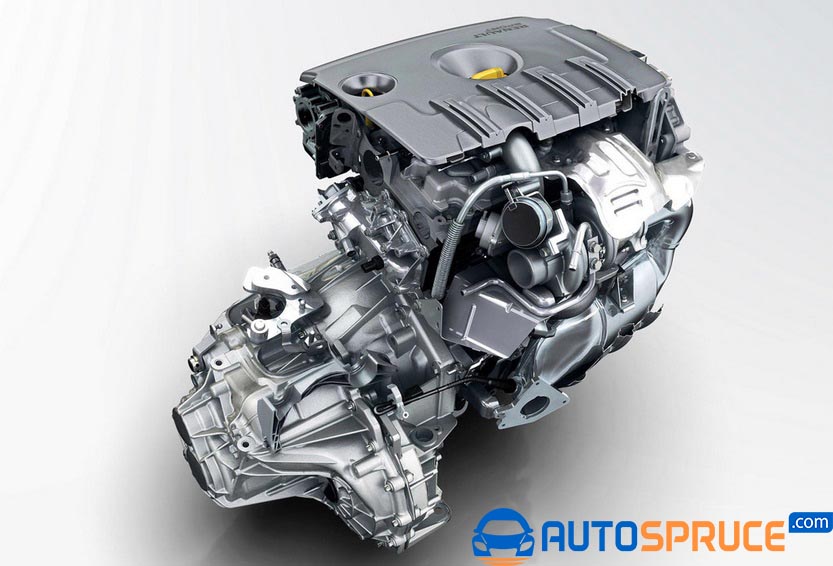 Both Renault and Nissan – a concern the French have had for a long time – participated in work on the 2.0 dCi (M9R). The combined experience of the two brands resulted in the above mentioned unit sales in 2005.

For the first time, it appeared in the Laguna line-up after the facelift, providing a completely different level of driving from the famous 1.9 dCi. The new engine is combined only with a six-speed gearbox. At the time of its market debut, the 2.0 dCI (M9R) was without a doubt one of the most modern designs that can compete with any player in its class.

Four inline cylinders are closed with a 16 valve cylinder head. The turbocharger in each version is equipped with a variable blade geometry, and in the most powerful variants the turbine has an additional liquid cooling system. Two camshafts, a Bosch piezo injector, electronic EGR valve and a durable chain-based timing system complete the package.

France has always been at the forefront of pro-ecological technological innovation. Both PSA and Renault very quickly began installing diesel particulate filters in their diesel engines. In the case of 2.0 dCi (M9R), only in the 130 HP version the filter is not present in every case (150, 170, 175 and 180 HP versions are still available). Fortunately, the DPF developed by French engineers was not very difficult, and more importantly, did not incur any unexpected costs.

Filters do not require any additional services. Every few hundred kilometers, the contents were automatically burned, thanks to which the entire device worked flawlessly for many years. In a problematic situation, when the filter is clogged due to car use only for short distances in city traffic, in-service cleaning will be required. Such an operation costs about $ 250.

According to Renault specialists, the life of the filter is estimated at about 200,000 kilometers. After this, a replacement of nearly $ 1,000 might be required. However, among users, we can meet many opinions which confirm the robustness of this system. Many cars have traveled 300,000-350,000 km and the DPF is still functioning properly.

Compared to competing designs, 2.0 dCi (M9R) looks really good. However, like any modern diesel, we cannot count on failure-free and trouble-free operation. A typical fault of the model from early production was a stuck EGR valve. Cleaning usually helps.

Only in extreme cases, the solution is a replacement which will cost around $ 300- $ 350. Manual gears mated to a French engine are equipped with a double-mass flywheel which can last around 150,000-250,000 km when operated properly. After this time, we should prepare for a double-mass replacement with a clutch of nearly $ 550.

The French engine injection system turned out to be a real surprise. Contrary to Japanese or German designs, the injector does not give up after traveling 200,000–250,000 km. Mechanics report that the injection unit is much more durable. The prerequisite is the use of good quality fuel. It is likely that regeneration will cost about $ 150 per piece. There are used cars where this element works well up to 400,000-450,000 km.

The real magnet for potential buyers of 2.0 dCi (M9R) is the dynamics and low diesel consumption. In urban traffic, the second generation lagoon is satisfied with a portion of less than 7 liters per 100 km, while on the highway we will reduce the value to 4.5–5 liters per hundred without much difficulty. With a 70 liter fuel tank we have a range of more than 1,200 kilometers. In the lighter and smaller Renault Megane, the average consumption is approximately one liter.

When buying a car with a used 2.0 dCi (M9R) engine, you should be careful with “adjustable” metered items. For this reason, at least, let’s look for a car with a certain service history, confirmed by a reliable mechanic who is aware of all the described adversities of the engine. French diesel that is reasonably operated will cover a distance of 400,000-500,000 kilometers without major problems.