Buy cheap, sell high – this is the living motto that guides every stockbroker, real estate agent and car dealer. The used car market operates the same way. Therefore, it is not surprising that there are many opportunities to buy a car as an investment vehicle.

However, becoming a collector of high-end vehicles requires a fairly large investment and considerable maintenance costs. A broad general knowledge of cars is also important.

Car history experts CarVertical has analyzed the automotive market and compiled a list of 10 cars that should not be sold because of their significant increase in value. They also use their carVertical database, which contains thousands of car history reports, to analyze some statistics on specific models.

Here’s the Cars that will go up in value list: 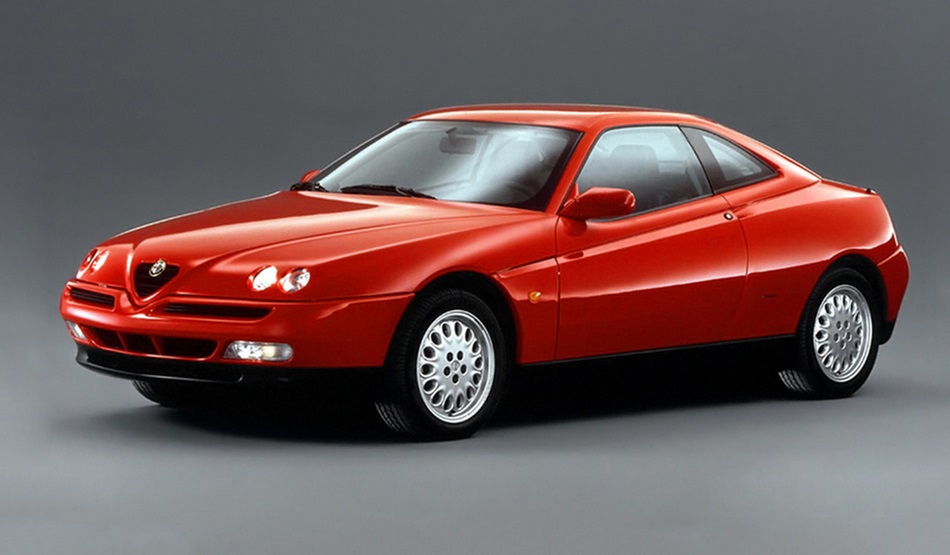 Like most coupés of the time, the Alfa Romeo GTV was available with either a four- or six-cylinder petrol engine. While the four-cylinder model is very agile, the most valuable version of the GTV is the model with the stunning six-cylinder Busso.

The engine that is the mainstay of Alfa Romeo is the main factor behind the significant increase in the price of the Alfa Romeo GTV. Although, like most Italian cars, its value did not grow at the same rate as its German counterparts, the well-maintained unit is priced at over $35,000 today.

CarVertical’s vehicle history research shows that 29% of these cars have various faults that can affect their performance. But it’s not a big problem as long as we can take care of it. 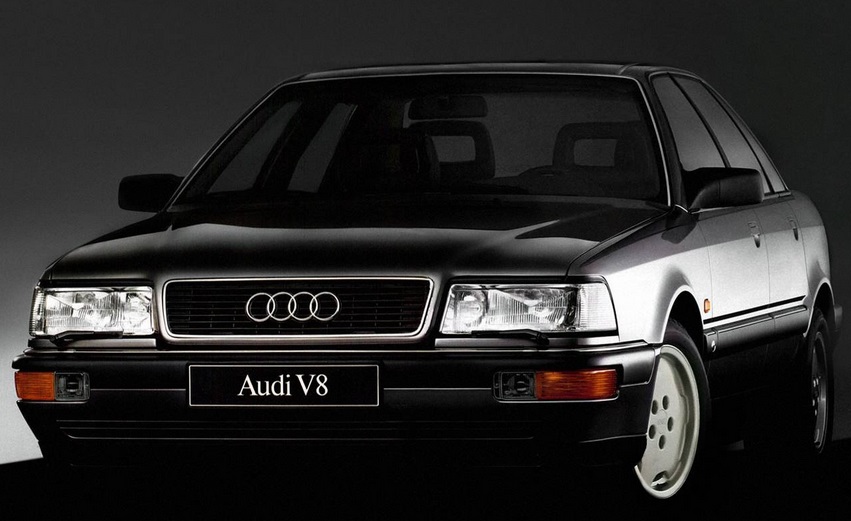 The Audi A8 is now widely recognized as the pinnacle of the brand’s technical and engineering achievements.

However, prior to the appearance of the Audi A8, the Audi V8 was the company’s flagship for a short time.

This elegant sedan is only available with a V8 engine, which sets this type apart. Some of the more powerful models also have a six-speed manual gearbox.

The Audi V8 is not as impressive as the BMW 7 Series, nor is it as prestigious as the Mercedes-Benz S-Class, but it deserves attention for other reasons. The Audi V8 laid the foundation for today’s company, a high-end car manufacturer and direct rival to BMW and Mercedes-Benz. Moreover, the Audi V8 is much rarer than its counterparts, so it is not surprising that the value of this luxury sedan is starting to increase.

According to CarVertical’s vehicle history report, 9% of the models tested were faulty and 18% had mileage fraud. This is also not a problem, as long as we can be more careful in choosing before buying the car. 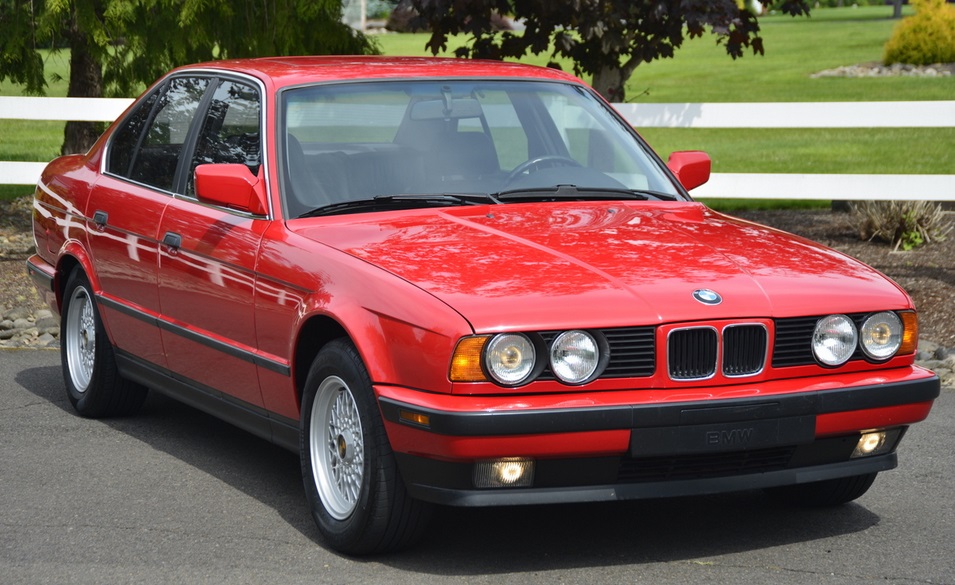 For decades, the 5 Series has been at the forefront of the luxury limousine class. Nonetheless, the E34 generation manages to occupy a place in the middle – between the much older and more expensive E28 and the E39, which is still experiencing its midlife crisis.

The eight-cylinder variant was only available for a few years. As a result, it is much rarer and rarer in Europe and the United States than the BMW M5. Moreover, the power of the V8 unit is very similar to the BMW M5.

The most pleasing aspect of this model is its affordability; while the value of the BMW M5 has skyrocketed, the 540i is a lot cheaper, but it won’t be for long. 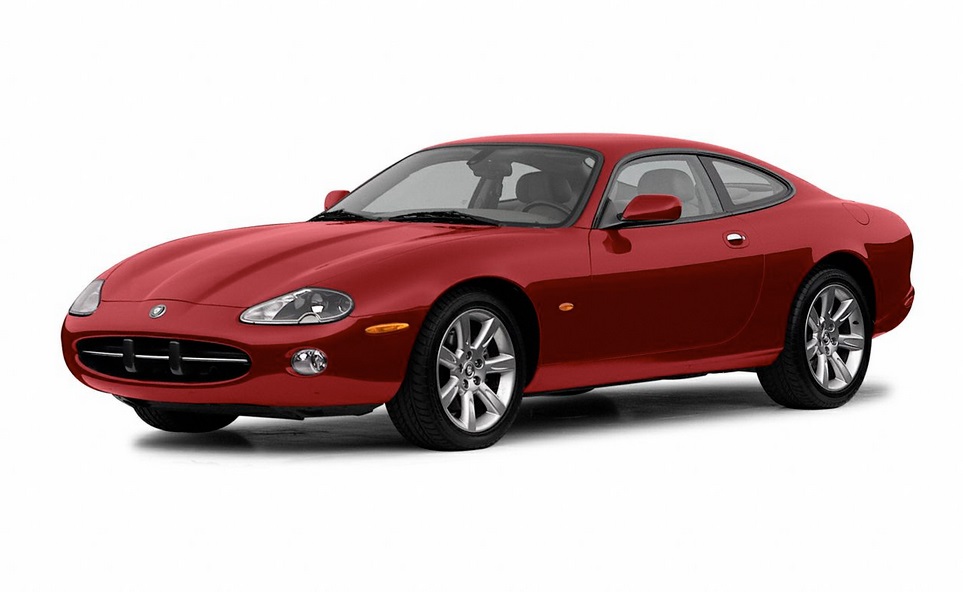 The Jaguar XK8, which debuted in the 90s, is either a coupe or a convertible. It offers a variety of engine sizes and facilities to meet the needs of most XK owners.

The Jaguar XK8 was one of the first modern Jaguars to raise the bar for quality, technology and residual value.

As carVertical’s vehicle history research shows, 29% of cars have defects and 18% have made-up mileage. So be more careful in choosing, before buying this used car. 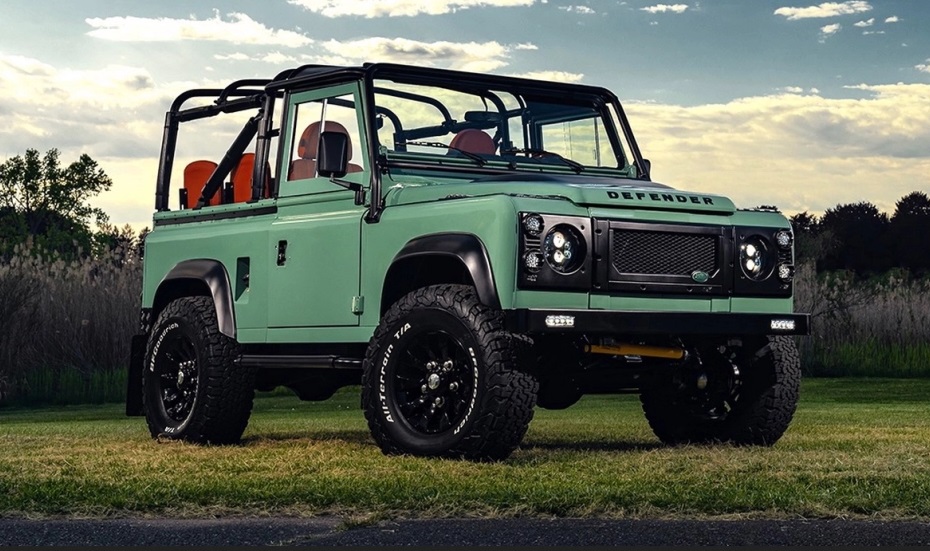 Land Rover doesn’t hide that the first generation SUV Defender was designed as a multifunctional and practical vehicle for people with agriculture.

Its basic design and ability to overcome all possible obstacles has given the Land Rover Defender the status of a highly capable off-road vehicle.

At present, the value of the Series I and Series II may surprise many. For example, SUVs that have had good days and bad days are now worth between $11,700 and $17,500, while SUVs that have been restored or rarely used are often worth more than $35,200.

According to carVertical’s vehicle history research, 15% of these cars had problems and 2% had mileage fraud. 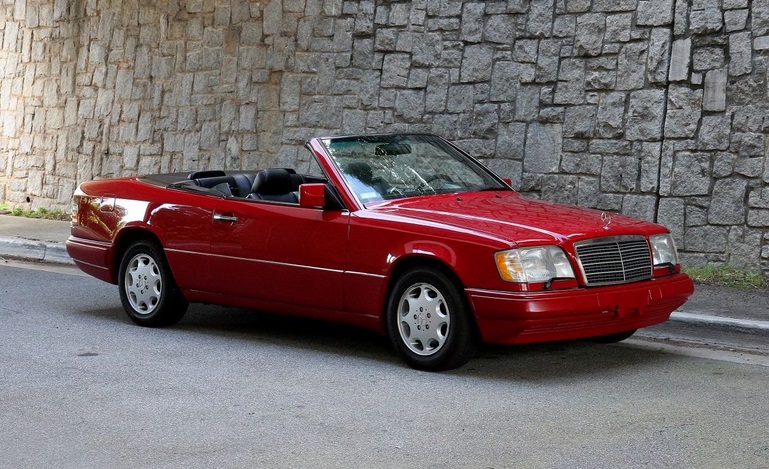 Mercedes-Benz has released more than two million W124s in a relatively long production series. Some of them ended their lives in the junkyard, but others were still showing signs of life. A well-maintained model is invaluable.

Of course, the most valuable W124 is labeled 500E or E500 (depending on the year of manufacture). However, if we look a few steps down, the E300, E320 and E420 also have the potential to be money-making machines that many collectors will be fighting for.

CarVertical’s car history control analysis showed that 14% of these cars had various faults and 5% had mileage fraud. 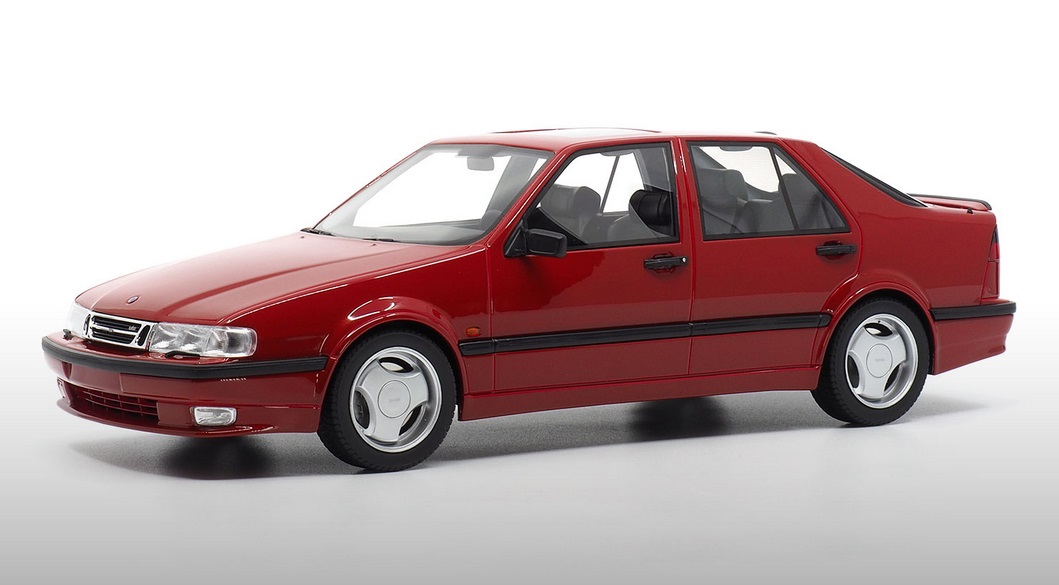 Saab has always been Volvo’s weakness. In this case, passenger safety is prioritized, while at the same time giving the turbocharged engine a unique charm and power.

The Saab 9000 CS Aero is more than just a regular mid-size sedan. He joined the production process towards the end and last year was considered the pinnacle of the Saab 9000 series. He could be called the “point above and beyond” in the history of this particular case.

The Saab 9000 CS Aero is, as you might expect, a pretty rare car these days. While Saab has yet to reveal how many have been produced, this particular model could be a solid investment.

An analysis of CarVertical’s car history checks revealed that 8% of them had major or minor defects. 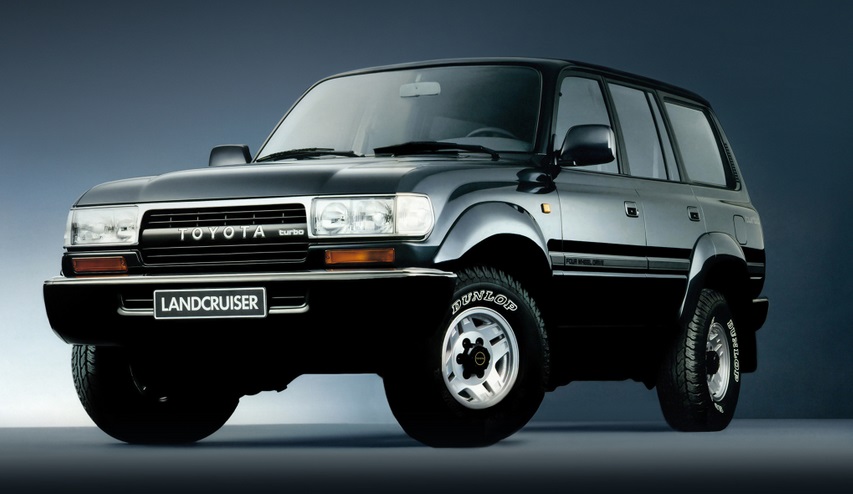 Toyota has always let cars and their owners speak – to this day they agree that the Toyota Land Cruiser is one of the best SUVs in the world.

Even though both models share the same name, they are technically and technologically different than you might think. The J80 perfectly combines simplicity with everyday practicality, while the J100 is a more luxurious car, designed for longer trips but with the same flair for digging out of muddy ditches.

Owners of the J80 and J100 SUVs can now enjoy a very high residual value thanks to a variety of attractive features. Even copies that have seen more of the world’s roughest and most remote angles can hit a $47,000 price tag. 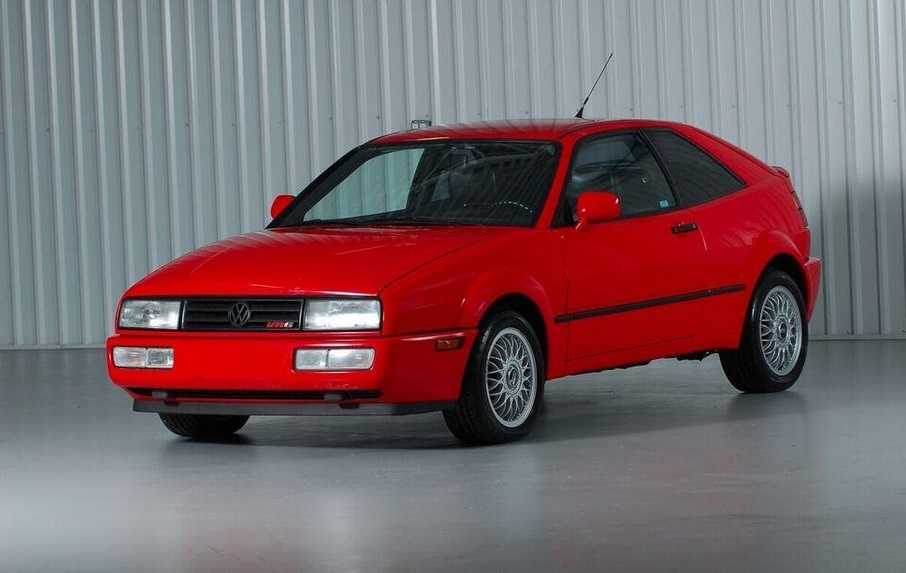 Volkswagen has provided people with distinctive, but not always commendable, vehicles over the past few decades. The Volkswagen Corrado VR6 may be an exception.

Its striking looks, unique engine and commendable balanced suspension make you wonder why so few people bought this car in the early 1990s.

The Volkswagen Corrado wasn’t as popular as the Opel Calibra back then, but that can now be considered an advantage. The value of its six-cylinder version has begun to increase significantly in recent years and this trend is expected to continue.

An analysis of CarVertical’s car history shows that 14% of Volkswagen Corrado’s have crashed and 5% have cheated mileage. 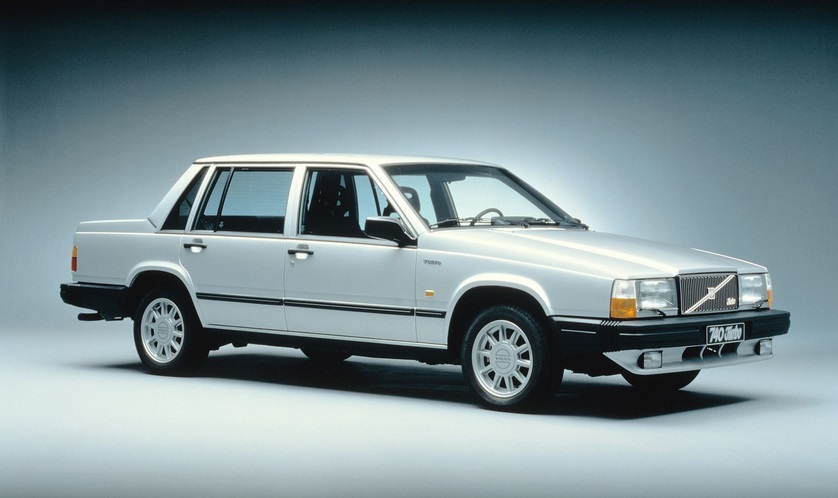 In the 1980s, the Volvo 740 Turbo proved that the father (or mother) car that made the younger generation yawn could be as fast as the Porsche 924.

The Volvo 740 Turbo’s versatility and ability to combine practicality with attractive performance make it a prime example of a car whose value continues to increase. This trend is expected to continue, especially in the years to come.

An analysis of CarVertical’s car history shows that 33% of Volvo 740 Turbos are faulty and 8% have fraudulent mileage.

Vehicle investment is still a concept that not everyone understands. This may seem too risky to some, but with the right automotive expertise, it is capable of delivering decent returns in a relatively short period of time.

However, if you are considering buying a high-value car, taking into account some of the carVertical stats above, it makes sense to check the history of the vehicle. It can be easily obtained through carVertical.

With a little bit of information like a VIN or registration number, buyers can determine if a car is worth their money, should be avoided, or it might be a good idea to negotiate the price.