Hi engine lovers, this time I will discuss the engine from Opel 1.9 CDTI. As you may already know, GM’s big concern is not going well with a diesel engine that is small by European standards. The proprietary 2.0 (Y20DTH) and 2.2 (Y22DTR) liter engines turned out to be quite reliable, but were quickly falling out of date. 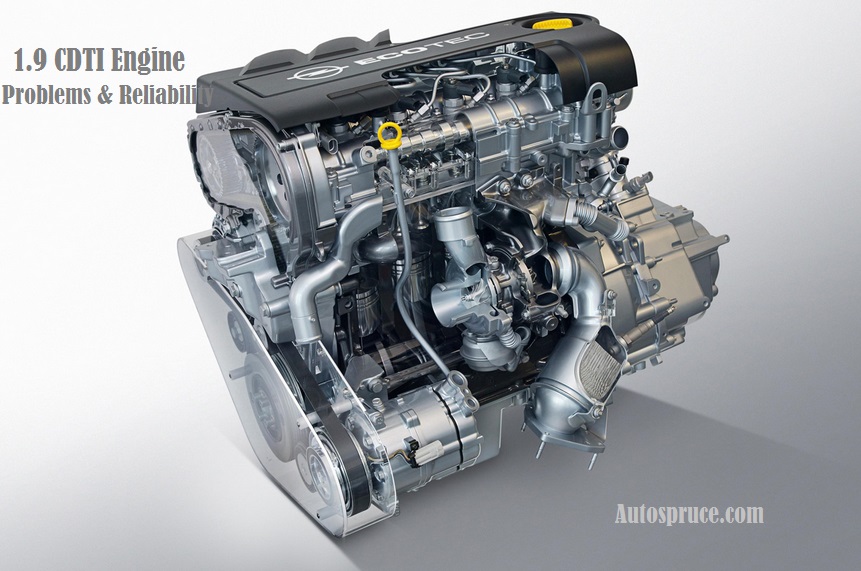 The fuel system with the VP44 pump is markedly inferior in capability and development prospects compared to the Common Rail fuel system. Now, GM and Opel engineers didn’t have time to build machines like that. They again had to turn to co-workers, making joint ventures for a truly progressive diesel engine.

So, heavy fuel power units with a working volume of 1.7 liters (17DT, X17DT, X17DTL, Y17DTL, etc.) GM bought the Opel from Isuzu and produced it in a joint venture in Poland. But the 1.9-liter engine was ordered from Italy – the Fiat company. And that happened in 2004.

In general, the Italian 1.9 liter turbodiesel engine (1.9 JTD) was the first passenger car of its kind with the Common Rail system. The Italians developed “battery injection”, but were unable to bring it into mass production on their own and sold all prototype development to Bosch. In 1997, the 1.9-liter turbodiesel (1.9 JTD) made its debut on the Alfa Romeo 156, and Bosch is the fuel equipment supplier for it.

The first sample of the 1.9 JTD engine received an 8 valve cylinder head. In this version, already under the CDTI 1.9 badge, it appeared on Opel Astra H, Vectra C and Signum in 2004.

In 2004, Italy developed the 1.9 JTD 16-valve engine, which was registered immediately under the hood of the three Opel models, as well as on the Cadillac BLS, Saab 9-3 and 9-5.

The 8-valve version of the 1.9 CDTI engine is simpler: they do not have a hydraulic lift in the cylinder head, the thermal clearance must be adjusted by selecting a washer mounted on the “bottom” of the plunger cup. Thermal clearance inspection and adjustment should be carried out every 60,000 km. In addition, the intake manifold of this engine is very simple – it removes a damper blocking the straight intake port.

16-valve 1.9 CDTI modification with 120 and 150 hp. absolutely identical, differing only in the “firmware” of the control unit. The cylinder heads of this bike have hydraulic lift and rocker, and there are swirl flaps in the intake manifold.

The turbochargers on the 8 and 16 valve versions of the 1.9 CDTI engine are very different. By the way, distinguishing this engine is very simple: we open the hood and look at the location of the neck of the oil filler. If the “plug” is on the left, then the motor is 8 valves, if the neck is on the right, then the motor is 16 valves. The “Italians” have the same thing, but the writing 8v or 16v is on the decorative noise-canceling cover.

The Italian engine design, borrowed by GM, was meticulous and reliable. Believe it or not, this power unit created fewer problems than, for example, the German engine that same year. There are practically no problems with the hardware. But minor and rather troublesome damage can occur.

Nearly all 4 valves per cylinder diesel engines have what are called “swirl flaps”. They are installed at one of the two intake ports on each cylinder. The inlets that allow air to pass through a pair of valves in each cylinder have a different configuration. One line is straight, the other is “bent” and “coiled” in such a way that the airflow gets the vortex needed to mix with some of the fuel in the cylinder.

The swivel flap securely closes the straight line at low and moderate loads. In fact, thanks to this reducer, the “inlet” of a diesel engine with 4 valves per cylinder operates as 2 valves most of the time, as air enters the cylinder only through one valve. But for one year, high or full output is required from the machine, the flap opens a second direct line (“fill line”).

Because the turbodiesel inlet is constantly contaminated with sludge – a mixture of soot from the exhaust gas recirculation system and oil vapor from the crankcase ventilation system, the damper loses mobility over time. They jam, and standard plastic sticks just break. The same problem, for example, occurred with the Mercedes V6 OM642.

On a 1.9 CDTI engine, when the damper gets stuck (which can even be accompanied by a few blown fuses), the fault starts, the motor stops developing at more than 2000 rpm. When the thrust breaks, it just falls into the intake manifold, and the dampers just hang inside them, on their axles. Gas from the intake manifold can leak out through the holes and bushings where the damper axles are installed. In the worst case, one or part of the flap may break off and fall into the cylinder.

To solve this problem, you can replace the intake manifold with a new assembly, or simply dismantle the cap and plug in the hole where the axle is inserted.

On the 1.9 CDTI engine, the intake manifold, which is one piece “slug” the turbine, also poses a problem. Often due to heat, the collector is deformed in the area of the fourth cylinder, it stops fitting into the cylinder head. This problem can be seen from the soot under the manifold and the “smell” of car exhaust.

The turbine itself – Garrett 1749 – on the 1.9 CDTI engine works practically without glitches and breakdowns.

How many without EGR errors. Like many diesel engines, on the 1.9 CDTI engine, when the EGR valve gets stuck, the engine goes into emergency mode. The valve can be removed programmatically (in this case, the valve will close permanently).

On a 1.9 CDTI machine, the generator often fails – it stops charging normally. The culprit is a diode on the voltage regulator. This fault is diagnosed with a low voltage – less than 13.8 Volts in the on-board network while the machine is running.

This issue is not an issue for the engine, but rather the manual transmission paired with a 1.9 CDTI power unit. The gearbox with the index M32 is another “mechanic” not found in Opel cars. The 5th and 6th speed bearings failed. The hum when this gear is turned indicates a malfunction. If you tighten by changing the bearings, you can drive to complete destruction. In this case, the gearbox shaft loses its alignment, the gearbox begins to hum and crackle in all the gears, and the gear itself is turned on with difficulty or not at all.

In general, the 1.9-liter turbodiesel with Common Rail is constant and inconvenient. It’s hard to find a major fault and lead to massive overhaul. Overall, the 1.9 CTDI engine can be very reliable.