The new 1.6 MultiJet (1.6 JTDM / 1.6 DDiS / 1.6 CDTI) diesel engine was introduced in 2007, so there is an important generational change in the Fiat lineup. It turns out that the engine is powerful and economical during operation. What are the reasons? Perhaps Fiat, when it comes to car production, has never been praised for the technological quality of its cars. Diesel engines, however, are a completely different story. 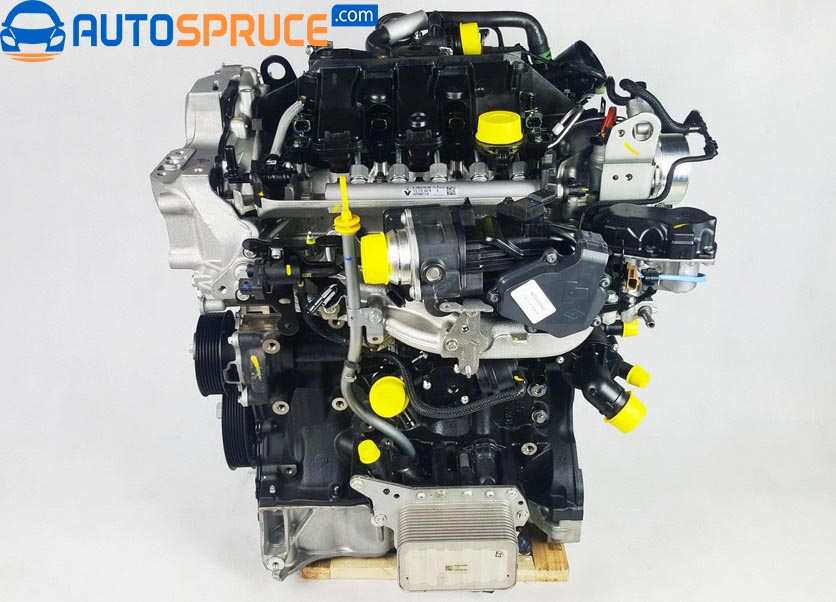 The Italians have had a series of modern engines in their history that performed exceptionally well even during intensive use. Example? We are talking about a 1.3 JTD, 1.9 JTD or 2.4 JTD engine. Although they did well with the emission requirements of the turn of the 20th and 21st centuries, by the middle of the first decades of the 21st century they began to stand out from the competition. It was at this point that Fiat made a decision about generational change.

The build of the 1.6 Multijet (1.6 JTDM / 1.6 DDiS / 1.6 CDTI) engine was only announced in 2006. However, the engines saw the light of day in 2007. These engines were very important in their brand. After all, it should complement various models in major segments such as B, C, van and crossover.

The 1.6 Multijet (1.6 JTDM / 1.6 DDiS / 1.6 CDTI) diesel engine has a displacement of 1,598cc, 4 cylinders and 16 valves. The engine block is cast iron. The head is made of aluminum. The injection system is based on common rail technology and an electromagnetic injector. The timing is realized by belt and the standard is double mass wheels.

In the basic power version (90 and 105 HP), the turbocharger does not have variable geometry on the blades. It begins to install only from 120 HP models. Similar divisions were also initially applied to dry type particulate filters. In some European markets, DPF became standard on all versions in 2008.

What is the purpose of this treatment? In this way, the 1.6 Multijet engine (1.6 JTDM / 1.6 DDiS / 1.6 CDTI) was matched to the requirements of the Euro 5 standard. The engine designed to quickly find its way into the entire FCA model lineup. He appears under the hood of Fiat, Alf Romeo, Lancia and Jeep. In addition, it is used in, among others, Suzuki and Opel.

The 1.6 MultiJet engine (1.6 JTDM / 1.6 DDiS / 1.6 CDTI) holds 4.6 liters of oil. Fiat recommends changing the lubricant every 35,000 kilometers, maybe 2 years. However, mechanics have no doubt that long intervals are not good for the engine and can cause premature wear of its components.

Therefore, the service interval must be shortened. According to the workshop recommendations, it is best to change the oil every 20,000 kilometers, or once a year. For accessory belts, the Italians recommend replacing them every 105,000 kilometers. The interval seems fine as there haven’t been any reports of premature drive failure so far.

For timing belts, installation of a new set of spare parts is provided in the service book every 5 years or 140,000 kilometers. Since the possibility of repairing a 1.6 Multijet diesel engine after a broken belt will be very expensive, mechanics suggest shortening the mileage between workshop visits.

Ideally, drivers should remember to shift gears approximately every 100,000 kilometers – this is especially important in situations where cars are operated especially in cities, when the engine is frequently turned off and started.

The basic question is: is the Fiat 1.6 Multijet (1.6 JTDM / 1.6 DDiS / 1.6 CDTI) engine really reliable? So far, everything shows that it isn’t. Of course, there are problems some for elements that the driver should pay attention to, but the operation of the engine is not a series of service visits.

So what’s the problems? In the opinion of the driver posted on the forum, the alternator may need to be replaced with a range of 130,000 – 150,000 kilometers. In addition, the EGR valve can also be damaged at the same time – the mechanic suggests cleaning it, or replacing it with a new one.

The key to success for car owners with a 1.6 Multijet engine (1.6 JTDM / 1.6 DDiS / 1.6 CDTI) is also regular cleaning of the oil container and changing the gasket between the dragon and the oil pump. Debris that accumulates there can reduce the pressure of circulating lubricant in the engine.

And this can lead to power unit confiscation and very expensive renovations. What are the symptoms of an initiating dragon problem? The oil pressure lamp does not turn off immediately after switching on, but only after a few seconds. The cost of carrying out the procedure in a professional repair shop usually does not exceed $ 160.

The final problem of the 1.6 Multijet (1.6 JTDM / 1.6 DDiS / 1.6 CDTI) is the diesel particulate filter. The dry type sedimentation tank does not require the use of soot burning liquid. On the other hand, it does not tolerate urban use. Drivers who use cars primarily on the highway, or who remember trips out of town, have no problem with filters.

Simply go to the bypass once or two a week and increase the load on the engine for a few minutes. So far, on the 1.6 Multijet (1.6 JTDM / 1.6 DDiS / 1.6 CDTI) diesel there are no common problems with vortex flap damage in the intake manifold – this is one of the biggest drawbacks of the 1.9 JTD engine.

The 1.6 Multijet engine (1.6 JTDM / 1.6 DDiS / 1.6 CDTI) has been in the Fiat lineup for more than a decade. And so far it has not only been a successful sale, but also managed to prove its value in the secondary market.

The maintained version, without great difficulty, overcomes an oscillating distance of about 300,000 kilometers. And this allows us to say that Italian diesel is really worth considering when buying a used vehicle on the market.