This article will focus on the 1.6 HDi turbodiesel engine. This power unit is very broad and is found in at least eight different car brands. Hence, it is known by various markets and domestic designations. 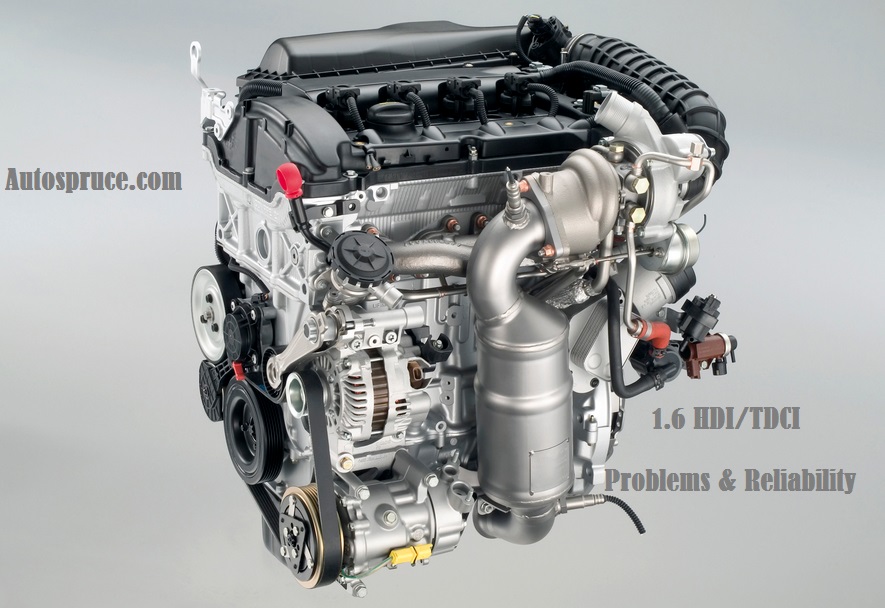 To cover them all and to list the many “aliases” for the 1.6 liter turbodiesel, we provide a lookup table. Note, however, that the DLD-416’s internal engineering designation is assigned to this power unit.

So, the 1.6-liter 1.6 HDi engine was developed by Peugeot engineers at the request of Ford and PSA. It is produced in England, France and India. The engine debuted in 2004 in the Peugeot 407 and is still in production today. True, its current modification, which appeared in 2011, switched from a 16-valve cylinder head to an 8-valve one (motor designations – DV6C and DV6D).

The cylinder block of this turbodiesel is aluminum, liner. The timing belt uses a belt and chain. A chain with a separate hydraulic tensioner connects both camshafts. The crankshaft is only connected with a belt to a separate pulley of the exhaust camshaft. There are no balance shafts in the engine design. The camshaft sprockets are pressed onto them and in the event of a chain break, so that there is no strong impact of the pistons on the valves, the sprockets simply slip relative to their camshafts. In principle, this is an old “chip” of HDI motors.

The 1.6 HDi engine has two basic versions with 90 and 110 hp. They differ from each other with a turbine . The first has a conventional MHI (Mitsubishi) TD025 turbine with a bypass valve, the second has a Garrett GT15V variable geometry. Otherwise, both versions of the 1.6 HDi engine are identical in terms of intercooler, intake and exhaust systems, control, etc.

Let’s pay attention right away that 1.6 HDi engines and their parts are not 100% interchangeable. For example, they all have the same filling of the block, the same turbines (for the corresponding versions), a timing belt kit, a pallet. But the parts and components of the intake system are different, starters and generators (Ford, Mazda and Volvo have their own; Peugeot, Citroёn, Fiat and Mini) have their own.