The 1.4 TSI engine can be found in most Volkswagen, Skoda, Seat and Audi cars. Present on the market for 12 years, and has had many varieties. The 1.4 TSI has many different types, some worth recommending, while others should be avoided. So which one should I choose?

The 1.4 TSI engine debuted in 2006 in the Golf V. A modern turbocharged unit for those years and met with favorable opinion from the Engine Of The Year judges. Unfortunately, after a few years it turned out not to be as great as it was described. First of all, in terms of failure rate. The 1.4 TSI engine turned out to be an underdeveloped unit that struggled with many issues, and its repair resulted in very high costs.

The first variant of the 1.4 TSI unit greatly tarnished the image of Volkswagen which has been known for its long-lasting engines, especially the 1.9 TDI diesel. Over the years, the 1.4 TSI engine has been modernized and has so many variations that it is difficult to know which one is worth recommending. So which 1.4 TSI engine is worth buying? Okay, let’s discuss one by one, see the reviews below:

1.4 TSI engines can be divided into two groups. In the early years, units from the EA111 group were produced, which were recharged by a compressor and a turbine (Twincharger) or simply a turbine. The second group is the EA211 which is only equipped with a turbocharger.

The first problem you’ll run into is the tensioner running and the timing chain stretching. Defects can be identified by specific sounds emanating from the time area. The repair cost was over $250. The variable valve timing variator also refuses to comply – about $380 repair. This error turns the gasoline engine into a rattling diesel.

Another problem is the piston is cracked, especially in the 160 HP variant. In this case, it is necessary to replace the complete cylinder head, and the repair costs are about $2500. The 1.4 TSI Twincharger also struggled with water pump magnetic coupling failure, but this issue was fixed in 2010 – about $154 a fix. As if that wasn’t enough, users of this unit have complained about the engine oil consumption being above average. There is also a problem with the compressor not turning on.

As you can see, the number of serious and expensive problems to fix is ​​quite large. The 1.4 TSI Twincharger engine can be found in cars such as: Golf V and Golf VI Plus, Jetta V, Touran I, Alhambra II, Sharan II, Tiguan I, Beetle, CC, EOS, Passat B7, Scirocco III, Polo, Audi A1, Audi A3, Leon, Ibiza, Octavia II. This variety is characterized by the codes BMY, CAVA, CTHA, CAVD, CNWA, CTHD, CTKA, BLG, CAVB, CTHB, CAVE, CTHE, CAVG, CTHG, CTJA. I absolutely do not recommend this machine.

Another variant of the 1.4 TSI engine from the EA111 family with a capacity of 1,390 cm3, this time only with a turbocharger. It was produced in 2007 – 2015. The timing in it is also applied by the chain, as in previous versions. It is a better engine compared to the Twincharger version.

Thanks to the use of turbocharging alone, the thermal load has been significantly reduced. Broken pistons are not the problem here. However, some users still complain about the increase in engine oil consumption.

Unfortunately, there is still a problem with the fragile timing chain, which needs to be replaced after less than 100,000 km. In 2010, the timing system was improved and its durability increased, but it still doesn’t last as long as it should. Engines are offered with a power of 122 HP – engines marked CAXA or 150 HP – engines marked CAVA, CTHA.

This 1.4 TSI variant can be conditionally recommended if we buy a used car with a confirmed service history, and preferably from the first owner. Even in this case, you should have around $380 reserved for a possible timing chain replacement.

The 1.4 TSI EA211 engine is a new engine and has been redesigned so that it is better than the previous variant. Offered since 2012 with the debut of the Volkswagen Golf VII. On this engine, the timing chain is replaced with a belt which is replaced after about 200,000 km. The new generation 1.4 TSI EA211 is offered in a version with the following strengths:

The new structure has been available in the market for 6 years and it can be said that the update has been successful. The 1.4 TSI Turbo EA211 engine is a successful and trouble free engine. All the disadvantages of the previous version have been removed. It is praised for its very quiet and courteous operation, flexibility from the lowest revs and also very low fuel consumption.

The fact that it is a powerful and failure-free machine can be proven by tests conducted by the journalists of Autospruce, in which the 125 HP unit covered a distance of 200,000 km without any errors.

This variation is also offered by ACT – an automatic cylinder shut-off system. During light loads, the engine operates only on two cylinders, which saves about 0.5 l / 100 km. This system is only available in 140hp and 150hp versions.

Unfortunately, Germany had to wait a long time for a decent 1.4 TSI engine. You can see that the engine has evolved and gotten better and smoother over the years. Its last variation can be considered a completely successful machine. Without worrying about expensive breakdowns, you can buy new and used cars equipped with 1.4 TSI of type EA211.

In 2016, Volkswagen introduced the new 1.5 TSI EA211 evo unit to its offerings, which replaced the previous 1.4 TSI variant. Is it better? Check out his review of 1.5 TSI in the previous article. 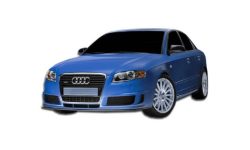 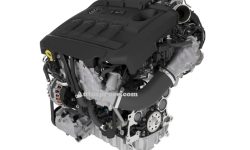 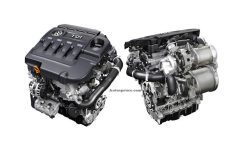