The 1.2 PureTech engine used in Peugeot and Citroen cars was named “Engine of the Year 2016” for engines with a displacement of 1.0 to 1.4 liters. As I know this engine quite well, I decided to present my comments about it. I focused only on the version with a turbocharger, because such a version was awarded in this poll. 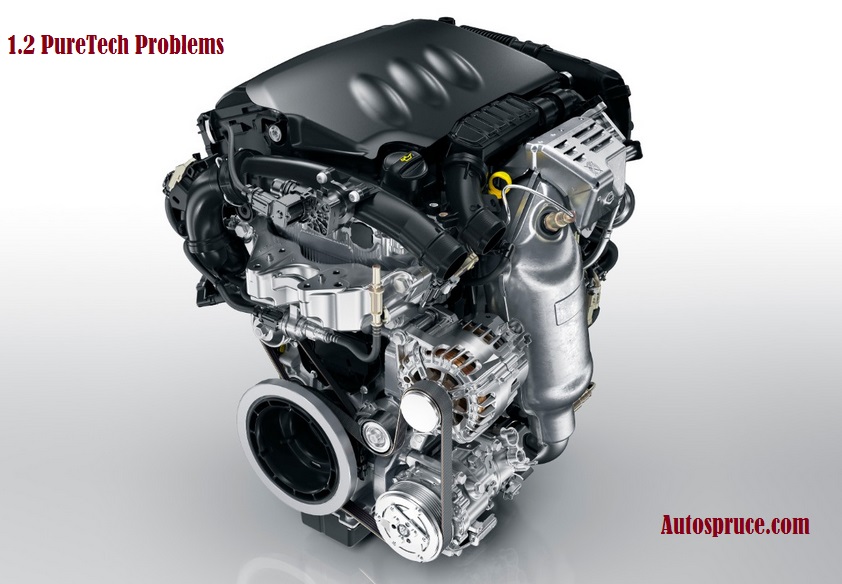 The supercharged 1.2 PureTech engine is available in two power options – 110 and 130 hp. It is used in French Peugeot, Citroen and DS cars belonging to the B and C segment, such as Peugeot 208, 308, Citroen C4, C4 Cactus or DS3, DS4. Despite its small capacity, it offers high torque, thanks to which it can cope with even heavier cars.

For many years, the range of gasoline engines of the PSA concern consisted of several well-developed naturally aspirated structures driving Peugeot and Citroen cars. In the era of downsizing, the French were not indifferent to market trends. In 2014, they showed the world a competitive engine.

Huge investments in research and development confirm the commitment and approach of engineers to the new unit. Importantly, after years of presence on the market, it still collects good opinions among users and mechanics. Can you rely on it?

In 2014, the family of small-engine EB engines made their debut, went to B and C segment cars, later to crossovers and SUVs. At a cost of nearly EUR 900 million, a three-cylinder engine with a displacement of 1.2 was developed, benefiting from 120 PSA patents.

Due to the refined design, the engine easily meets the stringent Euro 6 exhaust emission standard. Interestingly, from 2019, 1.2 PureTech is also being built at the Opel plant in Tychy – now PSA is the owner of the German brand .

The development of a new engine was necessary. VAG started using the 1.4 TSI in Skoda, Seat, Volkswagen and Audi a few years earlier. Fiat made 1.4 T-Jet, Ford 1.0 EcoBoost and Renault 1.2 TCe. The market reacted enthusiastically to small, downsizing engines. At that time, the French only had 1.6 THP on offer. The bike, designed with BMW, suffered from many childhood diseases. For this expensive. The answer was very good.

The manufacturer provided two versions of the mentioned engine. The base – naturally aspirated EB2 is the primary source of driving force for Peugeot 208 and Citroen C3, among others. Depending on the model and market, it has a power of 75-82 HP. In its case, engineers used multi-point fuel injection and a twelve-valve cylinder head.

The presence of a less complicated injection allows trouble-free installation of the gas installation – thus achieving considerable savings in everyday use. The naturally aspirated variant will work only in typical large-city operation. Outside the city, it clearly lacks power and torque, especially when overtaking. In return, it is content with small doses of fuel – less than 5 liters per 100 km.

But understand me correctly – this engine is a great alternative to naturally aspirated engines with a capacity of 1.4 l-1.8 l, which in 90% do not offer either meaningful performance or positive impressions behind the wheel, and at the same time will consume the same or more the amount of fuel.

However, replacing 6-cylinder engines with a capacity of 2.5 liters or 3.0 liters with three or four-cylinder shells is a mistake in my opinion. Especially in the long run. The manufacturers probably finally noticed it too and are starting to design engines in spirit rightsizing.

Returning to the 1.2 PureTech engine, it is worth emphasizing two of its characteristic features – great flexibility and pure sound. This engine is eagerly put to work from 2000 rpm, and the more revolutions it reaches, the vigor increases. Contrary to many turbocharged engines, this engine is very easily “tightened” under the red field of the tachometer.

Engine work is accompanied by a great sound, which has something of a V8 from the new Mustang (I know, it sounds ridiculous, but it really is). The engine is also quite economical. In the 110-horsepower Peugeot 308, he used 7.7 to 8.5 liters of fuel per 100 km in the city, depending on how much I pressed the gas pedal to the floor. On the route, it easily went down to 5.3 l / 100 km.

So if you are considering a new car with a small, naturally aspirated motor, pay attention to this engine. It has vigor and performance that you will not get from any 1.4 or 1.6, and at the same time consumes little fuel. However, if you are looking for a strong engine for years, choose something bigger and proven. It is difficult at this point to determine the service life of this structure and its future operating costs. Still, I have a good feeling about this engine.

The 1.2 PureTech turbocharged version – EB2DT and EB2DTS can boast much better flexibility in everyday use. It has the power of 110 and 130 HP respectively. It turns out to be sufficient for smooth movement also with a full set of passengers on board. To the surprise of many drivers, the small engine can also easily handle the heavy compact SUV – 3008, 5008 C4 Cactus, as well as the Opel Grandland.

The manufacturer applied a number of changes to the base variety. In order to increase the efficiency of combustion of the fuel mixture, indirect injection has been replaced by direct injection with a working pressure of 200 bar – the user must pay particular attention to the quality of the fuel being filled. More power and torque are achieved by a turbocharger with variable blade geometry.

Contrary to many competing designs, the creators of the 1.2 PureTech engine focused on cheap to manufacture and replace the timing drive with a belt – working in an oil bath. According to the manufacturer’s recommendations, it is replaced every 180,000 kilometers. Specialists suggest reducing the interval to 100,000-120,000 kilometers. The cost of the entire operation is about $184.

The period between engine oil changes is set at 20,000 kilometers. For the sake of turbocharger working conditions, it is worth reducing the distance between oil changes by half, especially when the car is used mainly in the city. The regeneration of the turbocharger itself involves an expense of $397-$475, depending on the scale of damage to the factory element.

The low durability of the accessory belt turns out to be a 1.2 PureTech problems. Mechanics recommend its preventive replacement every 30,000-40,000 kilometers (cost about $80) and spark plugs – in practice, they give up even after 40,000-50,000 kilometers. Their malfunction is manifested by a pronounced decrease in power, greater fuel consumption and the appearance of numerous errors in the control unit.

The problem is solved by replacing the set of spark plugs – the operation will not exceed $53. It was only at the beginning of the production period that there were difficulties with the crankshaft. Backlash appeared due to the low quality of elements supplied by sub-suppliers. The manufacturer replaced the defective parts under the warranty for those free from defects.

1.2 PureTech was late on the market, but it turned out to be a good proposition. It drives most models of the PSA group, as well as Opel. Soon it will also appear in the new Astra and Corsa. The initial problems with the crankshaft were eliminated. Users of cars with mileage of 120,000-150,000 kilometers do not complain of more serious faults.

Importantly, the lack of defective technical solutions and the huge popularity on the market translates into relatively low running costs. The dynamics of the supercharged variants of the 3-cylinder engine are also satisfactory, as well as the acceptable fuel consumption.